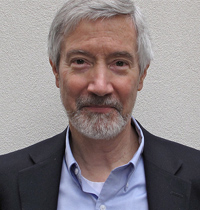 William Ryerson is founder and President of Population Media Center, and President of the Population Institute. For over 40 years he has worked in the field of reproductive health, including two decades of experience adapting the Sabido methodology for behavior change communications to various cultural settings worldwide. He has also been involved in the design of research to measure the effects of such projects in a number of countries, one of which led to a series of publications regarding a serialized radio drama in Tanzania and its effects on HIV/AIDS avoidance and family planning use. In 2006, he was awarded the Nafis Sadik Prize for Courage from the Rotarian Action Group on Population and Development. William received a B.A. in Biology (Magna Cum Laude) from Amherst College and an M.Phil. in Biology from Yale University.