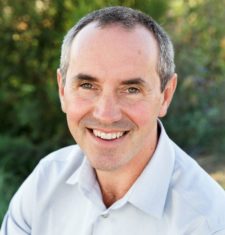 Dr. Jason Bradford has been affiliated with Post Carbon Institute since 2004, initially as a Fellow. He is currently Board President and a co-host of the Crazy Town podcast. In 2019, he authored The Future is Rural: Food System Adaptations to the Great Simplification.

Jason grew up in the Bay Area of California and graduated from the University of California–Davis with a B.S. in biology before earning his doctorate from Washington University in St. Louis, where he also taught ecology for a few years. After graduate school he worked for the Center for Conservation and Sustainable Development at the Missouri Botanical Garden, was a Visiting Scholar at U.C. Davis, and during that period co-founded the Andes Biodiversity and Ecosystem Research Group (ABERG). He decided to shift from academia to learn more about and practice sustainable agriculture, and in the process, completed six months of training with Ecology Action (aka GrowBiointensive) in Willits, California, and then founded Brookside School Farm. While in Willits, Jason also instigated the creation of Willits Economic LocaLization (WELL) and was on the board of the Renewable Energy Development Institute (REDI). For four years he hosted The Reality Report radio show on KZYX in Mendocino County.

In 2009 he moved to Corvallis, Oregon, as one of the founders of Farmland LP, a farmland management fund implementing organic and mixed crop and livestock systems, where he worked until early 2018. He was formerly on the Economic Development Advisory Board for Corvallis and Benton County, currently serves as an advisor for the OregonFlora Project based at Oregon State University, and is on the board of Institute for Applied Ecology. He lives with his family outside of Corvallis on an organic farm, co-managing a CSA program with the Organic Growers Club at Oregon State University, and where he practices the land stewardship methods, applies the equipment sets, and cultivates the social organizations that work in “the here and now” and are aligned with a wildly different future.