Home > Related Issues > Paris: How can we start unpicking the spiral of humiliation and violence?

Paris: How can we start unpicking the spiral of humiliation and violence? Last weekend’s dreadful events in Paris were appalling.  Like many people I am still in shock and grief, and want to send huge love and support to everyone affected, especially our friends doing Transition across Paris.  I hope they are all safe.  I also recognise that we live in a world with a ‘hierarchy of tragedy’, which places the suffering of those more like us above the suffering of others, so I want to recognise that such tragic events, and worse, are a regular occurrence for so many people around the world.

One key moment that stays with me was when French President Francois Hollande was interviewed shortly after the attacks and said “we are going to fight, and this fight will be merciless”.  It took me back to those days just after 9/11 when the Bush administration began talking about ‘the War on Terror’ and stating that “you are either with us or you are against us”.

Today I have that same pit of the stomach feeling, further deepened by news of aircraft carriers being dispatched and airstrikes on Syria.  How different might it have been if instead he had announced that his government were going to take some time to reflect on the implications of this? To invite a deeper reflection of the questions it raises?

While I appreciate that retaliation and attack are one human response, they’re not our only option.  There is another response which looks to try and break the cycle that we appear to be stuck in.  A response which, rather than talking, as the Director of the CIA did recently, of our now being in a “continuous war”, one without end, actually explores and seeks to address the root causes of that cycle.  Reading the news coverage of recent days you could be forgiven for thinking that these awful attacks occurred in complete isolation, and that the behaviour of Western powers could in no sense have any kind of a role in creating it. 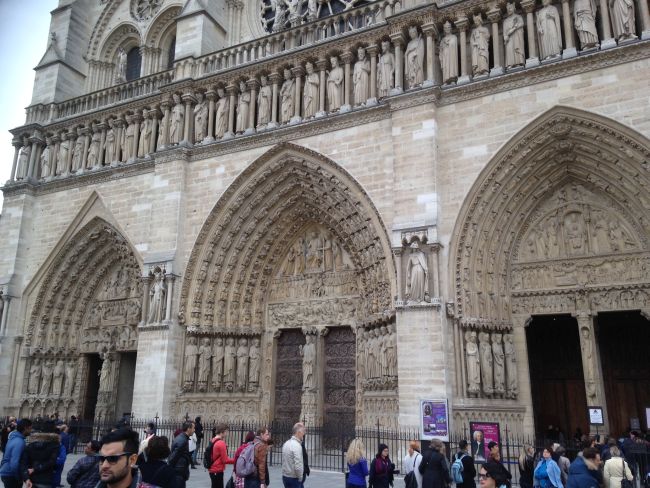 As many people, such as Chalmers Johnson, have shown, that is absolutely not the case, that our own history is full of illegal wars, occupations and worse.  And as Mehdi Hasan points out, Western governments, while outraged and affronted at the idea that their actions might create such a response (forgetting that in March of this year, President Obama described ISIS as an “unintended consequence” of the US invasion of Iraq), are happy to argue that Russia’s bombing of Syria will “only fuel more extremism and radicalisation”.  Hasan adds:

“The inconvenient truth is that geopolitics is governed as much as is physics by Newton’s third law of motion: “For every action there is an equal and opposite reaction”.”

While governments may not pause to reflect, and appear to have chosen to dash into a military response, we can pause and reflect.  And reflect we must.

A recent study by Marte Otten and Kai Jonas in Social Neuroscience offers rich food for thought.  The study looks at humiliation, which they define as “the emotion associated with being lowered in status in the eyes of others”.  The root of the word “humiliation” is the same as that of ‘humus’, referring to the experience of having one’s face ground into the dirt.  Some psychologists refer to humiliation as a “nuclear bomb of emotions”.

Their study concludes that “humiliation is a more intense emotional experience than happiness, shame, or anger”.  Yet since the ‘War on Terror’ began shortly after 9/11, its key weapon has been humiliation.  Western nations have rained down humiliation on those various corners of the world that fell into the “against us” category, in a chaotic “my enemy’s enemy is my friend” kind of an approach that is now backfiring so dreadfully (as John Pilger captures powerfully here).

There was Abu Graib, Fallujah, rendition, drone attacks, and so it goes on.  Humilation upon humilation.  Torture techniques used at Guantanamo Bay and elsewhere designed explicitly around creating humiliation.  It felt to me at the time that the Iraq War appeared to be designed with the intention of humiliating a whole nation, a whole culture. But those inflicting humiliation tend often to be those who have experienced it, and are acting out transferring it on to others.

Donald Klein, writing about his years of research with people who have experienced humiliation in the US, writes, “I believe that humiliation or the fear of humiliation is at the root of much of the most destructive interpersonal and intergroup behaviour in this society”.  For Linda Hartling, humiliation is “an experience that poisons individuals, families, communities, and whole societies for untold generations”.  It is that poison that we are experiencing now in so many different manifestations.

But humiliation is a dangerous thing to invoke, something we mess with at our peril.  As Otten and Jonas point out, “humiliation seems to evoke strong approach-related tendencies, most commonly anger and the inclination to take revenge”.  Evelin Gerda Lindner, in a 2001 paper, notes that humiliation is the “strongest force that creates rifts between people and breaks down relationships”.  In this context, given the brutality of the last 12 years since the invasion of Iraq, and the institutional dishing out of humiliation on a staggering scale began, what might we learn from this research on humiliation that might aid us in shaping what our response as citizens might look like? 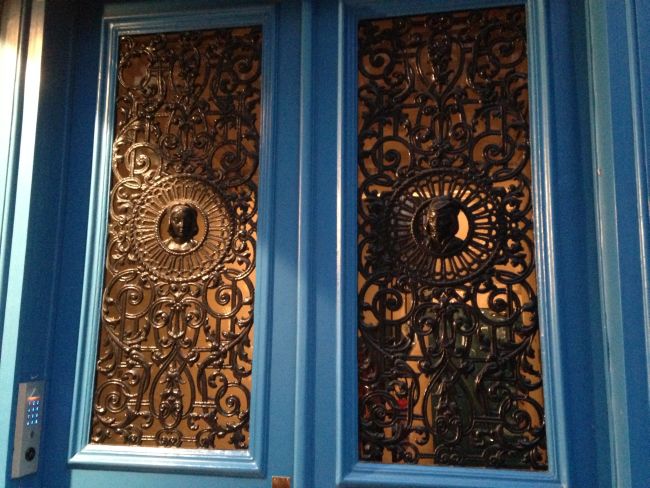 Firstly, where we have a choice, we might stop electing people for whom this feels like the natural response.  Leading in a way where inflicting humiliation is the natural response may usually be our experience, but it’s not the only option. In a 2002 paper in the Journal of Peace Psychology, Lindner contrasts the experience of Germany in the 1930s with South Africa in the 1980s.  The deeply-felt sense of humiliation which Hitler used to build his Third Reich had consequences we are all too familiar with.  In contrast, South Africa is a rare example of how dealing with the humiliation caused by apartheid was skilfully and compassionately managed.  The world expected a bloodbath in South Africa as the handover from white rule began.  Part of the reason this didn’t happen was, as she puts it:

“The humiliators and the humiliated sat down together and planned for a society in which “both Black and White” could be “assured of their inalienable right to human dignity”.

She was writing shortly after 9/11, and noted, prophetically, “if the 21st century is to be shaped by the example of Mandela, the part played in human relations by humiliation must be better understood”.  What might a more Mandela-inspired response to the awful events of last weekend look like?

Later in her paper she adds, “it is easy to concentrate on perpetrators and their wrongdoings, but difficult to accept one’s own potential contribution to the process of humiliation”.  This echoes the closing paragraph of Medhi Hasan’s article:

“Yet we avert our gaze from the “glaringly evident” and pretend that “they” – the Russians, the Iranians, the Chinese – are attacked for their policies while “we” –Europe, the west, the liberal democracies – are attacked only for our principles. This is the simplistic fantasy, the geopolitical fairytale, that we tell ourselves. It gives us solace and strength in the wake of terrorist atrocities. But it does nothing to stop the next attack”.

Already we see those whose response to the attacks has been to suggest adding more humiliation to the experience of refugees who have experienced little other than humiliation for some time.  Lindner talks, prophetically, of humiliation as “weaponry”.

The question I am sitting with is how as individuals, and as those involved in Transition, we might play any kind of a role in starting to break this cycle of humiliation leading to response which elicits more humiliation and so on and so on and so on?  As individuals, there’s lots that we can do to tackle humiliation in our daily lives.  We can become more mindful about times when it becomes our own response.  And we can support those around us experiencing humiliation to, as Lindner puts it, move from being “reactors” to being “actors”.

She writes “self-humiliation can be a central factor and must be openly faced if there is to be constructive change”.  For those of us bringing up children, one of the most powerful things we can do is to never humiliate our children, and to bring them up with the inner resources that they can draw on in potentially humiliating situations.  For me, as a father, not humiliating my children has been a conscious intention from the very outset, unlike, sadly, some of my peers. 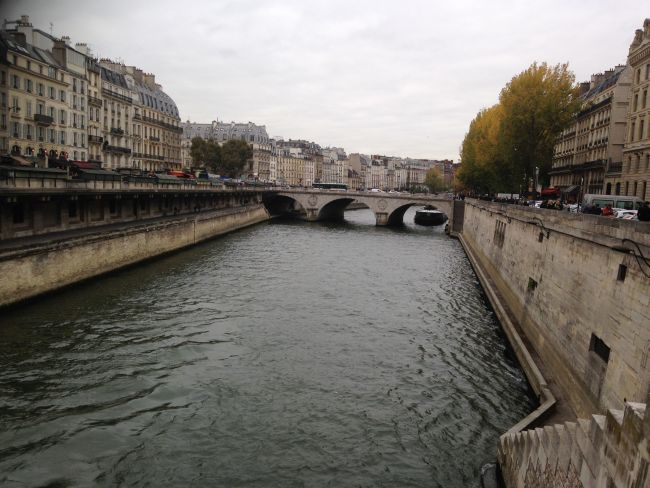 For me, large parts of my schooling were built on foundations of inbuilt humiliation, an experience that for many continues to be the case.  Whenever I hear anyone saying they experienced an education like that but that “it didn’t do me any harm”, it makes me wonder how deep our denial of humiliation runs as a culture, and how it influences what plays out and how we act.

Hartling argues that one of the key antidotes to humiliation is an approach called ‘Appreciative Inquiry’ and suggests that some key elements of it might be:

2. Listening each other into voice:

5. Taking our work seriously, but taking ourselves lightly.

Appreciative Inquiry is a tool used by many Transition groups, which is why reading the above might feel so familiar.  We can create (and many groups already have) a group culture in which humiliation has no place, or at least one where if it does occur, the culture is able to recognise it and support intervention, responding appropriately.  Ensuring that we have good group processes in place and well-facilitated meetings and projects make a huge difference.

In the same way that Jamaica Plain New Economy Transition in Boston were the first to raise the question of what Transition might look like if it were viewed through the lens of being a public health strategy, I would like to suggest that minimising humiliation might be another possible lens.  It may yet turn out to be one of Transition’s most valuable legacies.

Donald Klein, writing in the US context, says:

“Denial must be removed and the deleterious effects of the humiliation dynamic brought to the forefront of attention in American society. We must be able to recognize, acknowledge, and talk about this dynamic in order to reach the point of being unwilling to participate in it, either as humiliator, victim, or bystander. If we are to achieve community-building connections between individuals and groups who differ markedly from one another in values and social orientations, the objective must be to connect people and their experience in ways that include both the experience of difference and feeling put down and demeaned by one another by virtue of those differences”.

When I present ’21 Stories of Transition’, with its 21 Stories from 39 Transition groups in 15 countries, I ask the audience to reflect on what they see as being the threads that run through the stories.  The answers each time touch on some common things, but also some that are particular to that talk.  But no-one has yet discussed how those stories represent a bottom up strategy through which people and communities might begin to consciously try to break the cycle of humiliation that we see playing out before us.  It is certainly something I will start mentioning now.

So long as our default setting is determined by humiliation and depends on inflicting humiliation, we will continue to cycle and to undermine humanity’s ability to flourish.  Breaking that cycle is vital.  It starts here.  As Martin Luther King put it:

References not included in links above.

Lindner, E. (2001). Humiliation: Trauma that has been overlooked: An analysis based on fieldwork in Germany, Rwanda/Burundi, and Somalia. Traumatology, 7 (1).